So I've been focusing my genealogy research more on  the Nichols and Zane families than on Mom's admittedly extremely tangled families. Plus, a LOT of my research on Mom's side is on my old PC and hopefully I can pull stuff from it at some point. Or it's in storage. Anyway...I've posted about the Zanes, specifically my 4th great-grandfather Jonathan and his brothers and sister before. I meant to post this on 4 June but forgot and the reminder I had in my calendar was on the wrong date. I'll probably change the date on the post later on.

So Jonathan Zane. I've found info where he took part in Aug. 1774 Wakatomika (sometimes spelled Wapatomika) Campaign, the defense of Fort Henry (Wheeling, WV) in both Sept. 1777 and Sept. 1782, Gen. Daniel Broadhead's 1779 expedition up the Allegheny River against the Munsie and Seneca Indians (where he had a minor wound), the Crawford Exepdition (25 May-12 June 1782), and the Coshocton Campaign under Col. David Shepherd in 1791. Most of the campaigns, he's simply listed as a guide, but the Coshocton Campaign, he is listed as a spy. All this after helping settle Wheeling in 1769/70. In the past, I came across a song about Crawford's Sandusky Campaign. "Crawford's Defeat by the Indians". It mentions Zane in the song, although the broadside printing spells his name Zeans.
One thing the Wiki says about the song is the following:

As for what tune, or tunes, "Crawford’s Defeat" was originally performed to, that is impossible to determine unless a broadside were to surface with the melody indicated. Even so, we could only be sure of one tune to which the ballad was sung. Still, the meter is a common one, and there are many tunes that would fit nicely with the words. Based on the rhythm of the lyric, "Crawford’s Defeat" could very easily be contained in a 3/4 or 6/8 time signature. In his "Historical Account of the Expedition Against Sandusky," Consul Willshire Butterfield indicates that the vast majority of the volunteers were of Scotch-Irish descent.[7] Thus, it's likely that whatever tune "Crawford’s Defeat" was originally performed to was a popular Scottish or Irish folk song; for instance, a song such as "Last May A Braw Wooer," "Kellyburn Braes," "Bonnie Dundee," "Bonnie Strathyre," Or Even "Believe Me If All Those Endearing Young Charms." 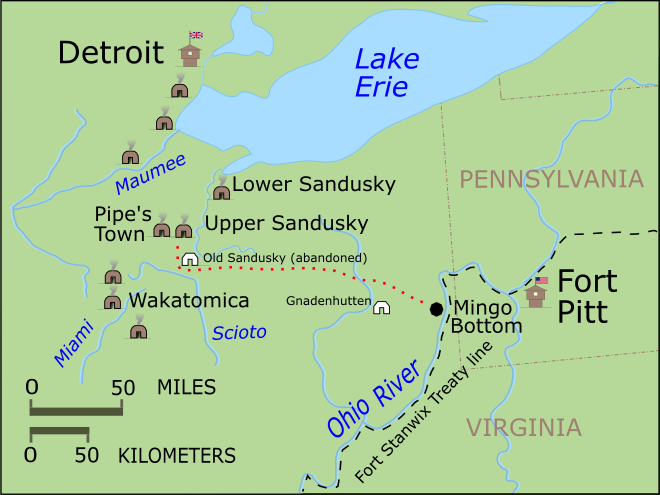 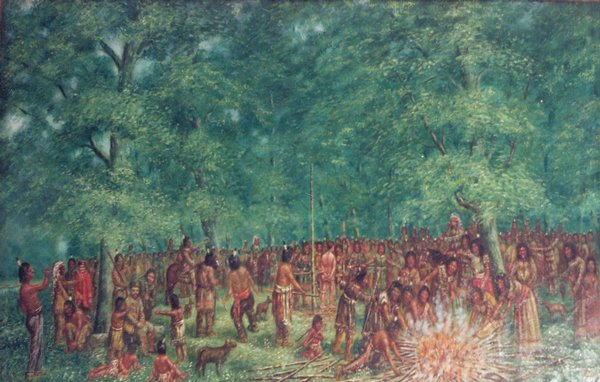 And then it also mentions there's only one known recording of the song. "The only known recording of "Crawford’s Defeat by the Indians" was performed by Jaclyn Bradley Palmer & Ceud Mìle Fàilte in preparation for the 230th anniversary of the Crawford Expedition. It is based on the familiar melody of "Bonnie Dundee" and includes a brief interlude, "Fortune Favours the Strong," written by Paul Kirk, who plays fiddle on the recording."

Below are two copies of the lyrics to the song, with slight differences. The Wiki about the song does state: "Stanza Seventeen incorrectly states 'all that’s able to go, the rest we must leave.' Crawford's orders specified that the wounded were to be transported, either on horseback or by bier. None were to be left behind on the retreat, which began after dark on the night of June 5."
https://en.wikipedia.org/wiki/Crawford%27s_Defeat_by_the_Indians
https://en.wikipedia.org/wiki/Crawford_expedition


These last two items are from the book listed below. And I'm throwing them in just because they discuss the kind of man Jonathan Zane was. They aren't specific to the Crawford Expedition. In fact the first page is about the Wakatomika Campaign in 1774. The second on is a bit of a bio on him (I do have the pages on his brothers as well that I may end up sharing in later things). And does mention a bit about the Crawford Expedition. It also lists his children. He had both a brother (1753-1816)),  a son (1778-1815), and an uncle (1710-1795) all named Isaac. The brother is known for marrying Myeerah, the daughter of Chief Tarhe. I am descended through his son Issac and Isaac's wife Mary French Zane. They died in 1815 (cholera or yellow fever epidemic) and Jonathan and his son Asa were granted custody of the children (yes I have a scan of the probate and guardian record from Muskingum Co. OH!!!).

I have friends on both sides of the debate about NFL players kneeling during the anthem so I am sure this post will anger someone. But it won't be the first time nor will it likely be the last time.  I do not consider myself to be particularly political.  I identify neither with Democrats nor Republicans as political parties.  I fall rather in the middle in the liberal vs. conservative debate (some issues I lean more to the liberal side of things while others I am more likely to side with conservatives). I do think the government is too much into the private lives of the citizens. I do not think they should tell us how (or even whether) to worship. I do not think the government needs involved in the love lives of its citizens. I prefer my health care to decisions to be between doctors and patients, not doctors, patients and the government (even when they're the insurer as they are for me). I'm torn on other issues because they are something good for the citizens but horrible in that they will bring the government even more into our private lives. I do not like strangers telling me what is right for me. So why do I think I should decide what is right for others?  I don't.  I am patriotic. Even I tend to stand during the anthem in spite of the pain and other problems it causes.  I highly respect the members of our military and the risks they take for the citizens of the US and protecting our freedoms. While I may have never served (I couldn't have even if I wanted to due to all of my health issues), there is a long history of service members on both sides of my family dating back to the Revolutionary War. I've largely avoided all of the debate over this who kneeling during the anthem issue. But a Twitter post from a third generation veteran got me to thinking yesterday and this is the result. I decided to sleep on it before posting it to see if I still felt strongly about it. And in spite of the people I may anger, I'm posting it. 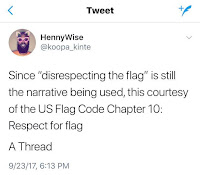 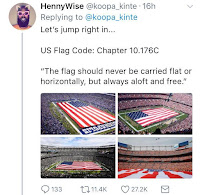 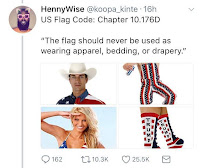 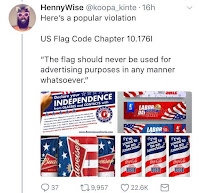 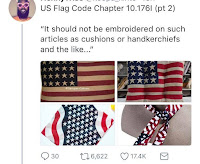 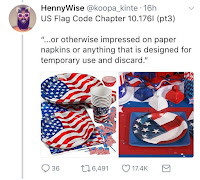 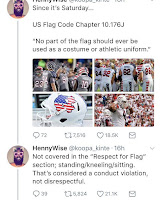 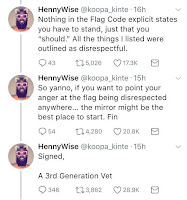